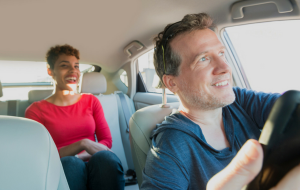 The sharing economy is a term that describes the peer-to-peer economic model in which individuals can rent or borrow assets (goods and services) owned by someone else. Other names include the gig economy and access economy. While the practice is not new, due to the rise of Internet commerce, it has rapidly expanded in the last decade and is estimated to grow to a $335 billion business by 2025. Such rapid growth is understandable considering anyone with reliable Internet access can partake. Companies such as Uber, Lyft, and Airbnb are leading the way with global operations and millions of users worldwide. While such easiness makes these platforms accessible, they also present pitfalls and dangers that are not present in other forms of commerce. Whether you are thinking about joining the sharing economy or are already partaking, realize that there are dangers.